OnePlus 6T Leaked Specifications – Everything you need to know

OnePlus is set to launch the next flagship smartphone, OnePlus 6T which is going to be October 30. Almost every details has been leaked online before the official launch of the smartphone. Even though OnePlus 6 is just five months old, the company has upgraded lots of important factors in the upcoming smartphone. In this article, i’m going shows you what are the things that are change in the OnePlus 6T when you compare it to it’s predecessor OnePlus 6.

Except for the processor, design (rear) and build, almost everything has been changed on the OnePlus 6T when you compare it to it’s predecessor which makes it as the most powerful and beautifully designed OnePlus device yet.

Now a days, almost all of manufactures are opting to the notch design ever since the launch of iPhone X, OnePlus is not as exception. OnePlus already released OnePlus 6 with a notch display but this time they opted to a different kind of notch which was first introduced by OnePlus’s parent brand Oppo in their F9 series of smartphones.

If you look at the OnePlus 6T, the first thing you will notice is the inclusion of the waterdrop notch on the display. It’s notch is very similar to recently released Realme 2 Pro, Oppo F9 and R11 series. In addition waterdrop notch, the display size is also increased to 6.41-inch as compared to the 6.21-inch on OnePlus 6 but resolution remains as Full HD+. The phone still remains on the same footprint even though it has the bump in the display size. 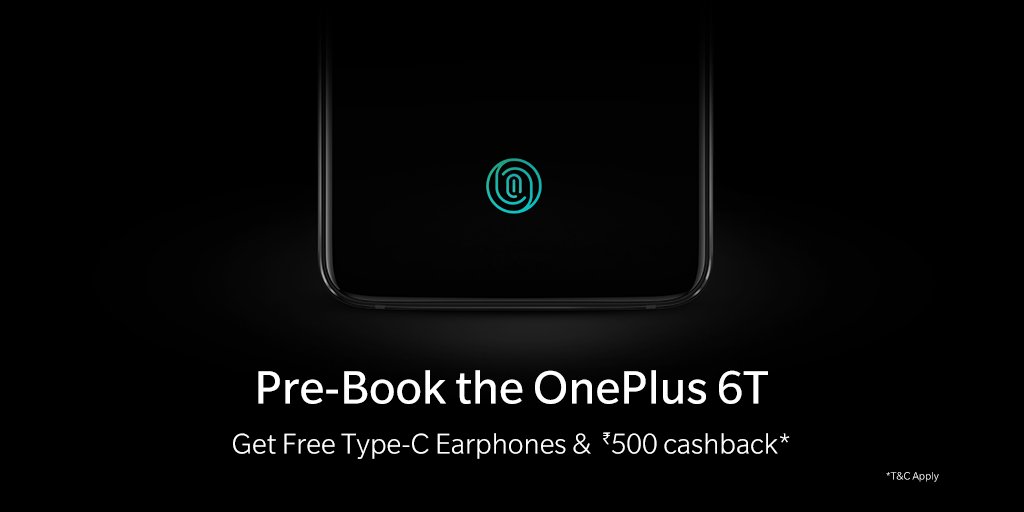 OnePlus 6T’s selfie camera is also got huge upgrade. Now it sports massive 25-megapixel camera with f/2.0 aperture. Thanks you the higher resolution, it can take even better looking selfies when you compare it with 16-megapixel selfie camera on OnePlus 6.

OnePlus 6T is now expected to sport 10% bigger battery than the predecessor OnePlus 6. Thanks to the leakster on the Chinese social media Weibo, Now we know that OnePlus 6T has a capacity of 3,700 mAhbut the rated is 3,610 mAh.

Apart from the above changes everything else remains the same on both of these devices including the processor, design and build of the smartphone. Like the OnePlus 6, it also comes in metal and glass back variants which make us think it is unlikely to get wireless charging.

Pre-booking for the smartphone is is already live in India. If you pre-order the phone now, you’ll get a free pair of Type-C Bullets earphones. You need to purchase a INR1,000 Amazon Pay gift card, use it towards the purchase of a OnePlus 6T on November 2 or 3, get INR500 cashback and a coupon to buy the Type-C Bullet earphones for free. OnePlus 6T is scheduled to be launch on October 30th in India. We will known more details of the smartphone once it’s officially launched, Stay tuned.

Get real time update of the latest tech news directly to your browser.

How to create your own WhatsApp Stickers packs for FREE! (Easy Method)

by Samir Maric
No Result
View All Result